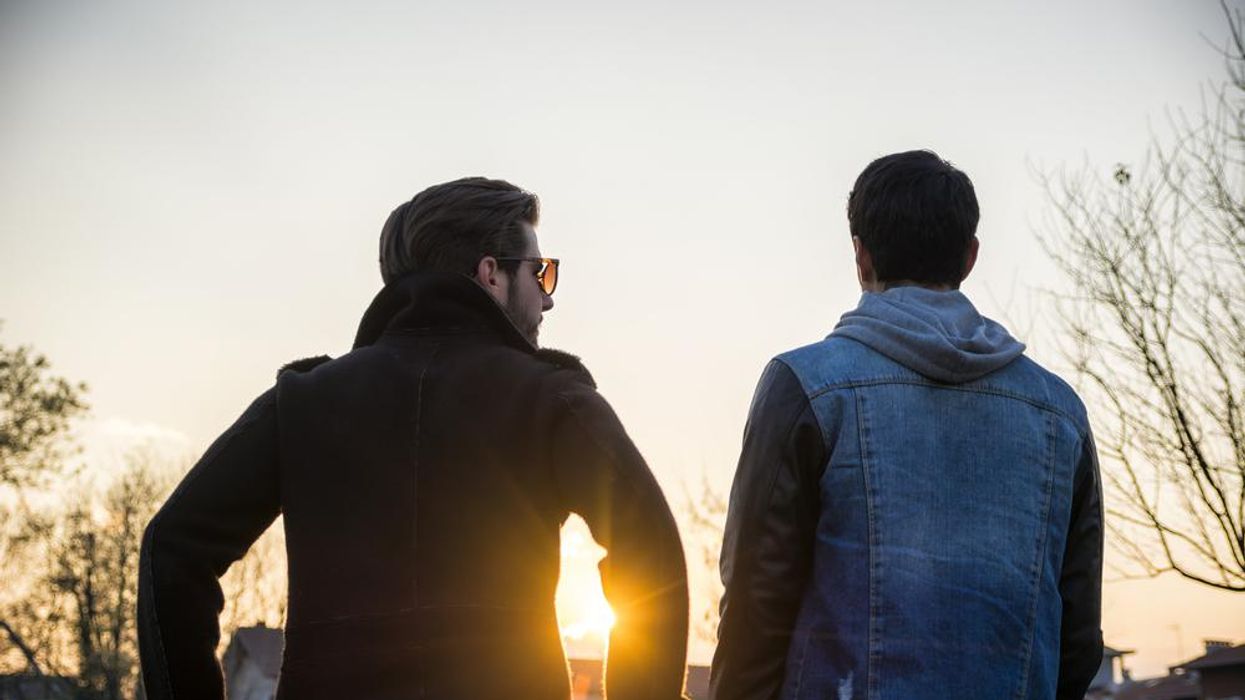 Anne Hofstadler is a breast cancer survivor. Her sister and mother have also had breast cancer. So Anne worries that her daughter may eventually be diagnosed with the disease -- especially since her daughter's paternal grandmother also suffered from it.

But it never occurred to her to fret about her adult son. "I guess I knew men could get breast cancer, but it seemed more like a theoretical kind of risk," she said. "I suppose I should pester him as well as my daughter about checking for lumps and making sure everything's okay."

Hofstadler's son doesn't have breast cancer. But with a family history like this, he is definitely at risk for developing the life-threatening disease, according to several studies, including a report on male breast cancer by the University of Iowa Hospitals and Clinics. Although in many cases, male and female breast cancer follows a similar course, so few men are aware that the disease exists that it frequently goes undiagnosed in males until more advanced stages.

How common is breast cancer in men?

Male breast cancer remains rare. According to the National Cancer Institute (NCI), it accounts for less than 1 percent of all breast cancer cases. NCI data show that about 2,470 men are diagnosed each year, and the disease will kill about 460 of them. That's compared to about 252,710 new diagnoses a year in women and more than 40,000 deaths.

Breast cancer tends to strike men over 60, but those who are decades younger can get it as well. In addition to family history and age, risk factors include elevated body weight; exposure to radiation; taking estrogen as part of a sex change; and having a disease related to high levels of estrogen, such as cirrhosis (liver disease) or Klinefelter Syndrome (a genetic disorder that causes hormonal imbalances and infertility in men).

What should I look for?

Men's breasts are similar in structure to the breasts of preadolescent girls. Both have ducts under the nipple and areola (the ring of dark flesh surrounding the nipple) and a bit of additional tissue. In girls' breasts during puberty, milk glands, or lobules, grow at the ends of the ducts. Male breasts don't have lobules, so the only kind of breast cancer in men is ductal cancer.

The most common cause of breast lumps in men is gynecomastia (benign enlargement of breast tissue), not cancer. In men, a breast tumor generally starts in the region of the ducts, and the most common symptom is a firm, immobile, painless lump below the areola. Other symptoms can include nipple discharge, an inversion or dimpling of the nipple or other patches of skin, and swollen lymph nodes under the arm.

Only a small percentage of male breast cancer cases are detected while still contained within the duct (referred to as DCIS, or ductal carcinoma in situ). According to the American Cancer Society, in 80 to 90 percent of diagnosed cases, the tumor is already invasive -- that is, it has broken through the duct walls, entering a more dangerous and potentially life-threatening stage.

Why is there such a high rate of deaths of men with breast cancer?

Men generally take longer to seek treatment, often out of embarrassment at the possibility of having a breast disorder. Moreover, many women past the age of 40 regularly undergo mammograms to detect abnormalities, so they are frequently caught at earlier stages. And because men have so little breast tissue, it may take less time for the tumors to spread beyond the breast.

But the biggest difficulty, say health care specialists and male breast cancer patients themselves, is a widespread ignorance of the existence of the condition. David Eisenberg, for example, had never even considered the possibility until he was forced to undergo a mastectomy (removal of the breast).

Frustrated by the widespread lack of awareness about the disease, he described his experience in a statement published on the Web site of the John W. Nicks Foundation. The foundation, which focuses on male breast cancer issues, was established in memory of a 58-year-old man who died of breast cancer in 1991.

"I am 70, so perhaps I can be philosophical about this," wrote Eisenberg. "What I can't be philosophical about is the ignorance that abounds, not only among the general public, but among medical professionals. I told my internist that I had noticed a lump on my left breast. He palpated it and told me it was nothing, probably a cyst, and I could forget it. I want to say that he isn't a quack, but a respected and good doctor that my wife and I still use."

It took another two years of escalating symptoms before he was properly diagnosed and treated.

How is the disease diagnosed and treated in men?

As in women, a biopsy is the standard method of diagnosing breast cancer in men. The forms of treatment are comparable to those for breast cancer in women. The most common is a modified radical mastectomy, which involves removing all the breast tissue plus lymph nodes but leaving the muscles of the chest wall beneath the breast. Some men also undergo breast reconstruction to restore the appearance. Other forms of treatment, generally used in conjunction with surgical intervention, include radiation, chemotherapy, and medications that affect the body's hormonal balance.

Men whose cancer has spread to the lymph nodes are at high risk for a recurrence, which typically takes place within a couple of years, according to the American Cancer Society. The disease can also metastasize to other parts of the body, in particular the bones, lungs, liver, and brain.

It's as important for men as it is for women to report any breast lump, nipple discharge, or change in a breast to their doctors. And seek a second opinion if necessary. The earlier you catch male breast cancer, the better your chances are of beating it.

American Cancer Society. What Are the Key Statistics About Breast Cancer in Men? http://www.cancer.org/

American Cancer Society. How Many Women Get Breast Cancer? http://www.cancer.org/