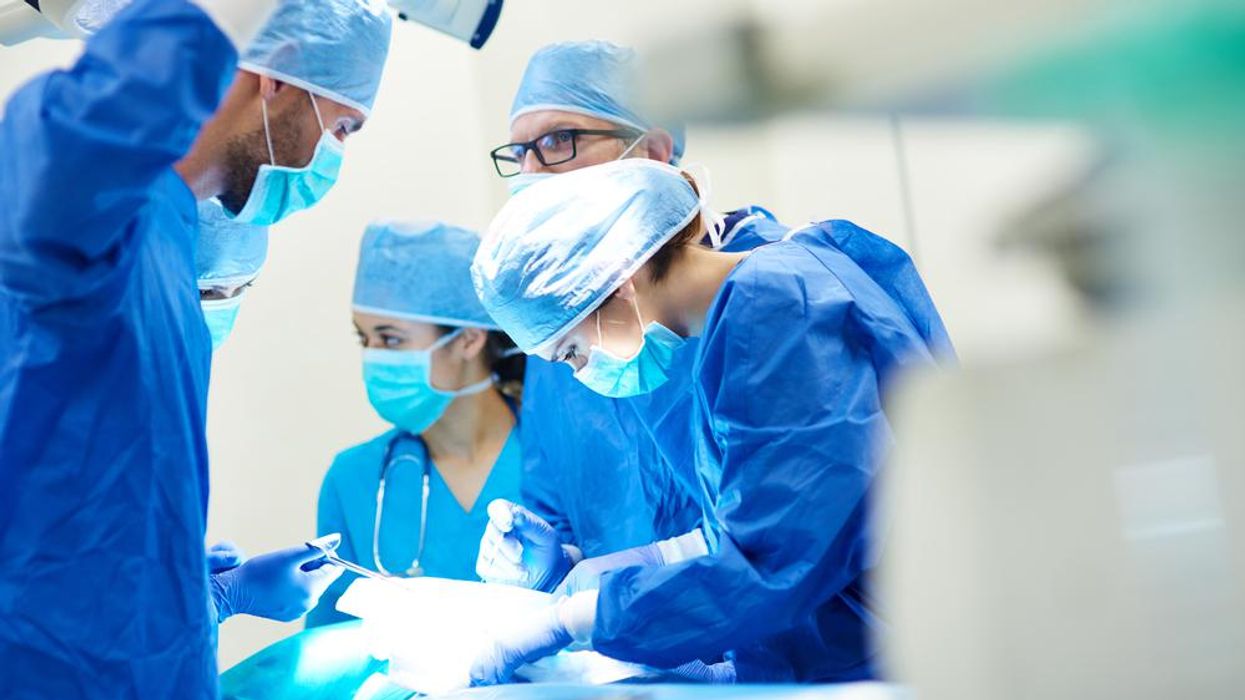 It used to be thought that the more the surgeon cut from a woman's breast, the more likely she was to survive breast cancer. By the time surgery was over, a woman with a small tumor in one breast would have lost her breast, the chest muscles underneath and a trail of the lymph nodes up to her collarbone. It's an image that still holds great power for many women who are newly diagnosed, but it's an erroneous one.

Fortunately, such radical surgery is now rare. Mastectomies, in which the whole breast is removed, are far less invasive and disfiguring than before. And doctors have increasingly recommended that women with early-stage breast cancer undergo a less invasive surgery called a lumpectomy, which involves removing only the "lump," or tumor, and some surrounding tissue. Long-term studies have shown that for women whose tumors are small and caught early, lumpectomy with radiation is as lifesaving as mastectomy.

The amount of tissue you'll need to have removed depends on the size and location of the tumor, how aggressive it is, and what options you have in terms of additional therapies. (Almost all breast cancer patients need further treatment after surgery, such as radiation, chemotherapy, hormone therapy, or a combination of these, in order to kill off any cancer cells that remain.) If your tumor is expected to respond well to hormone therapy and radiation, for example, it may be possible to have a portion of the breast removed rather than all of it. Here are the different types of surgery you and your doctor will choose from.

If your cancer is caught in stage I or II, meaning that it's less than 5 centimeters in diameter and hasn't spread beyond the lymph nodes into the rest of the body, you may be able to have a lumpectomy. In this surgery, usually an outpatient procedure, the cancerous area is removed, along with some surrounding tissue and possibly some lymph nodes. Most patients need six to seven weeks of radiation therapy afterward. Many studies have found that for women whose tumors are 5 cm. or less, a lumpectomy followed by radiation can be as successful in preventing the recurrence of cancer as a mastectomy without radiation. Roughly half of all women with breast cancer opt for lumpectomies.

If the size of your tumor makes a simple lumpectomy impossible, another form of breast-conserving surgery may still be an option. A segmental mastectomy sometimes called a partial mastectomy -- involves the removal of about a fourth of the breast, including the tumor, the lining over the chest muscles below the tumor, some surrounding tissue, and some nearby lymph nodes. Six to seven weeks of radiation therapy will probably follow.

If your tumor is large or aggressive, you may need a mastectomy, in which your whole breast is removed. This might also be a good choice for you if you're looking to avoid radiation treatment, want to minimize the chance that cancer will recur, or plan to have your breast reconstructed. A simple mastectomy removes only the breast tissue, but most women end up having a modified radical mastectomy. In this procedure, the surgeon also removes many of the nearby lymph nodes, the lining over the chest muscles, and sometimes part of the chest muscles themselves. You'll be in the hospital for a day or two afterward. Breast reconstruction, if you choose it, can often be done at the same time or you can wait till a later date. A radical mastectomy requires the removal of all the nearby lymph nodes and chest muscles, but it's rarely performed these days unless a cancer has spread into the muscles.

Why might I need to have lymph nodes removed?

Many women who undergo surgery for breast cancer need to have some or all of their axillary (underarm) lymph nodes removed to determine how far their cancer has spread and what other therapies may be necessary. Lymph nodes are small, bean-shaped glands. They contain lymph, a colorless fluid that circulates throughout your body like blood, carrying toxins away from your tissues. If cancer gets into the lymph nodes, it can spread more easily throughout the body. Typically, several nodes are removed for examination during a biopsy. If cancer is found in one, the surrounding nodes are removed as a precautionary measure.

An increasingly popular way to spare a woman unnecessary removal of lymph nodes is called sentinel lymph node mapping. The doctor injects a radioactive dye into your breast, which takes the same path to the lymph nodes that cancer cells would take. The surgeon can then tell which is the sentinel node, the one that serves as the gatekeeper for all the others, and remove it for biopsy. If it's cancer-free, chances are good that you won't need to have other lymph nodes removed.

It's important to know that once you have lymph nodes under an arm removed, it can be more difficult for infections in the arm or hand to heal. That's because the circulation of lymph in your arm becomes poor, and toxins aren't carried away so readily. Your doctor may recommend that you shave your armpits with an electric razor or wear gloves while gardening to avoid getting cuts in your hand or arm. You might consider avoiding manicurists, too.

You may also have numbness or tingling in the arm, or notice some restriction in your arm and shoulder movement. Lymphedema, a swelling in the arm that's caused by the buildup of lymph, occurs in about 25 percent of patients and can be very uncomfortable. Some women find stretching exercises helpful. One stretch involves raising your arms straight up, extending them horizontally, then bringing them forward and together in front of you and finally down to your lap.

What happens after breast surgery?

You'll probably have a drainage tube inserted in your breast after the operation, so that the lymph that normally flushes toxins out of a wound can drain into a bag. It's normal for a lot of lymph to flow to a wound or surgical site, but too much may cause swelling or infection. The tube and bag are removed once the lymph has stopped draining and it's safe to close the wound entirely (usually in about two weeks). You may wear a sling to avoid too much arm movement, or your doctor might prefer that you start moving your arm as soon as possible. You'll probably have a set of mild exercises to keep your arm muscles limber. Many women find that the breast area doesn't hurt so much, but the area where lymph nodes were removed feels tight and sore.

Will I need chemotherapy and radiation?

Your treatment after surgery depends on the specifics of the cancer you have. Lumpectomy patients usually receive six to seven weeks of radiation therapy. Women who've had mastectomies usually don't get radiation unless the tumor was larger than five centimeters, there were multiple lymph nodes involved or the cancer metastasized to other parts of the body.

The decision about whether you'll need chemotherapy or any other kind of drug therapy will depend on factors such as the type and grade of the tumor, lymph node involvement, the size of the tumor, and your age and overall health.

Too Many Mastectomies? report by the American Cancer Society Breast Cancer:

The Complete Guide by Yashar Hirshaut, M.D. and Peter I. Pressman, M.D.