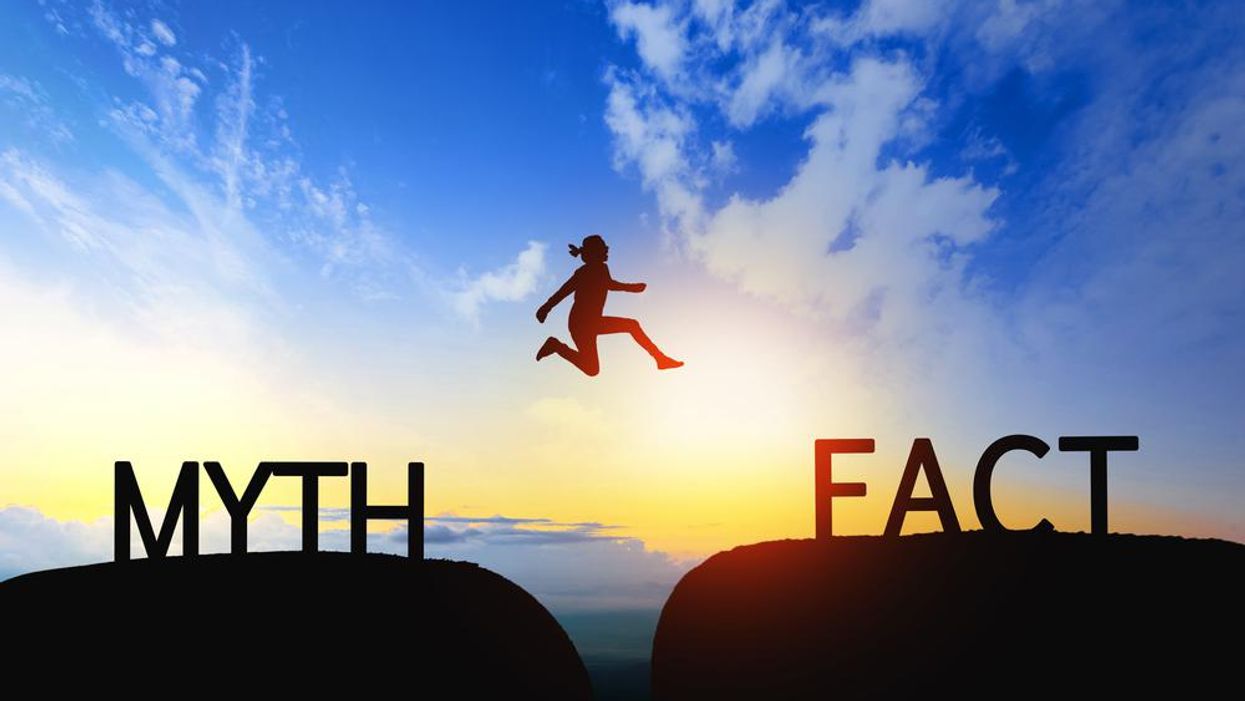 But they would be wrong.

Among the most lethal diseases of women in the United States, breast cancer isn't even in the top ten -- behind heart disease, stroke, lung cancer, chronic lower respiratory diseases, and Alzheimer's. Women are far more likely to die of heart disease than breast cancer. Even as cancers go, breast cancer's not the deadliest form. Lung cancer kills many more women every year as cancer of the breast.

"Breast cancer is also a disease rife with mythology. Although it gets a huge amount of media attention, a lot of what's widely circulated is wrong. Here are a few choice myths and misconceptions worth correcting:

The number of women diagnosed with breast cancer has decreased significantly. In fact, the death rate has been steadily declining as well. Over 90 percent of women diagnosed with breast cancer are alive after five years. That's compared to 64 percent in the 1960s. And if the cancer is caught early, the number increases to 96 percent. Better treatments and early diagnosis through mammograms and regular breast exams are responsible for these improved outcomes.

Myth No. 2: All women have a 1-in-8 chance of developing breast cancer today.

Myth No. 3: If my mother had breast cancer, I'll get it too.

Myth No. 4: I'm at astronomical risk if I test positive for gene mutations.

Only 5 to 10 percent of breast cancers are the result of BRCA1 and BRCA2 mutations in the genes. How a particular mutation influences your risk for getting breast cancer depends on what other risk factors you may already have. For example, if 10 or more people in various generations of your family have had breast cancer, a particularly dangerous BRCA1 mutation could give you as much as an 85 percent chance of developing the disease by the age of 70.

But if you've had only a few relatives with breast cancer, such a mutation probably gives you at most a 56 percent chance of a breast cancer diagnosis before you turn 70. A genetic counselor can help you sort out whether you should be tested, and your doctor can help you determine whether you have enough of a genetic predisposition to warrant taking preventative steps.

Myth No. 5: If I have no family history and I exercise, eat right, and don't smoke, I probably won't get breast cancer.

Unfortunately, this is not the case. About 70 percent of women who are diagnosed with breast cancer have no identifiable risk factors. It's important to exercise, eat a low-fat diet, avoid tobacco, and drink alcohol only in moderation, because all those things will certainly help guard against heart disease, diabetes, and other life-threatening conditions -- and research has shown a relationship between breast cancer and drinking more than one alcoholic beverage a day. Exercise, on the other hand, may help decrease the risk of breast cancer, according to the National Cancer Institute, but it does not confer complete protection against the disease.

Myth No. 6: In general, only white women get breast cancer.

The truth is that although white women are slightly more likely to be diagnosed with breast cancer, a greater percentage of African-American women who have the disease will die of it. Most experts attribute the difference to black women's poorer access to health care.

As a group, white, Hawaiian, and black women have the highest rates of the disease, according to the National Cancer Institute. The lowest rates occur among American Indian, Vietnamese, and Korean women. No one knows what accounts for this, although there are unproven theories that the groups with less breast cancer consume less fat. Some researchers and advocates for women with the disease say there's a correlation between breast cancer incidence and industrial pollutants.

Myth No. 7: Breast cancer is a women's disease.

Breast cancer in men is rare -- only about 2,000 men are diagnosed each year, and the disease in men accounts for less than 1 percent of all breast cancers. But breast cancer kills 22 percent of the men who develop it, largely because many men don't know they can get it, so the cancer goes untreated until it has reached a late stage.

Tenderness associated with a lump, particularly if it's cyclical in nature, is often a good sign. But many breast tumors that are malignant can be tender as well. It's best to have your doctor check out anything suspicious.

At the moment, mammograms are one of the most important tool for finding breast tumors. They catch about 87 percent of breast tumors, but that still leaves some 13 percent that escape detection. It's harder to spot tumors in dense glandular tissue than in fatty tissue, and some women -- particularly those who are thin, young, premenopausal or on hormone-replacement therapy -- have dense breasts (more gland tissue, less fat). For women with dense breasts or those at high risk for breast cancer, breast ultrasound or MRI may be useful along with mammography.

And while the American Cancer Society no longer stresses the importance of monthly breast self exams (after finding that they are less effective than first thought), it still emphasizes the importance of being aware of the normal look and feel of your breasts and being alert to any changes. The more attuned you are to changes in your breasts, the more likely you are to spot something dangerous. So, keeping up with those monthly self-exams couldn't hurt.

American Cancer Society. What Are the Key Statistics About Breast Cancer in Men? http://www.cancer.org/

Study Supports Colonoscopies for Women Under 50

Arthritis Is a Scourge Worldwide