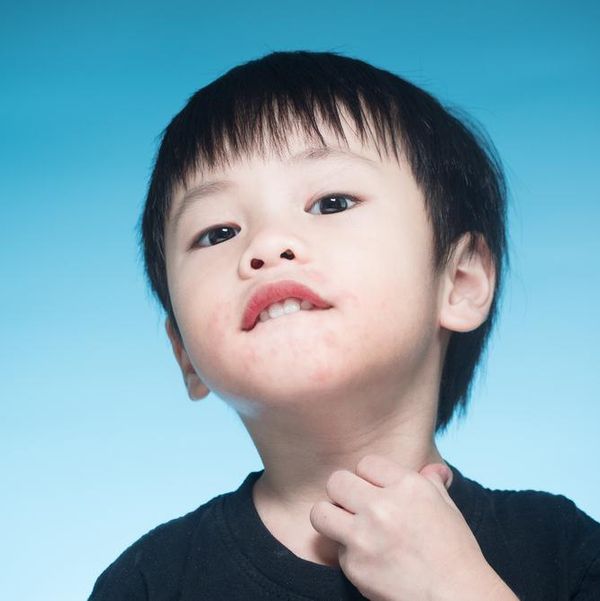 Caused by a virus that infects the salivary glands near the jawbone, mumps is a highly contagious illness that shows up mainly in swelling and soreness in the jaw area. The swelling is usually on both sides, so that the sufferer bears a passing resemblance to a chipmunk. In some cases, though, one side may puff up several days before the other. Your child may run a fever and complain that it hurts to swallow or talk, and may have a headache or earache. The virus travels throughout the body, infecting the spinal fluid, the pancreas, and the testicles or ovaries, but most children don't have symptoms in these places.

Mumps used to be one of the common illnesses of childhood, but today, thanks to a vaccine, it's fairly uncommon in the United States. Since 2014, however, more than 1,000 mumps cases have been reported annually, and in 2019 nearly every state reported mumps cases.

How does mumps spread?

If your child hasn't been vaccinated, he can catch mumps by breathing in the virus from someone who is ill or becoming ill. Symptoms don't develop until two to three weeks after exposure. Your child will be contagious for a few days before he shows symptoms and for about five days after they appear. Once he's had mumps, he won't get it again. Almost a third of the time, the illness is so mild that any symptoms go unnoticed.

How should I treat mumps?

Mumps goes away by itself in about a week, but extra fluids and a mild pain reliever like acetaminophen can keep your child comfortable. (Avoid aspirin; it should never be given to children or teenagers who have a virus because it can lead to Reye's syndrome, a rare but potentially life-threatening disease.) Don't give him tart drinks like orange juice and lemonade because they stimulate the salivary glands, causing pain. In older boys, the testicles sometimes swell and hurt, so an athletic supporter is helpful.

When should I call my pediatrician?

Call for advice if you suspect your child has mumps. Doctors are required to report even mild cases of mumps to the public health department to help control the spread of this serious disease.

In extremely rare cases, a child with mumps will develop a stiff neck, listlessness, vomiting, headache, convulsions, and other unusual symptoms, which could signal a brain infection like meningitis. If your child has such symptoms, call immediately for emergency advice; if it's not available, call 911 or go to an emergency facility.

Call for an immediate appointment if your child has mumps, develops severe abdominal pain, and vomits: He may have an inflamed pancreas.

How can I prevent mumps?

Make sure your child gets the MMR vaccine, which protects against measles, mumps, and rubella. It's a standard part of the recommended schedule of immunizations. Pediatric experts advise one dose of the MMR vaccine when a child is between 12 and 15 months old, and a second dose when he's between 4 and 6 years of age. To prevent epidemics of childhood disease, elementary schools require parents to prove that their child has been vaccinated before he enters kindergarten.

Is the mumps vaccine safe?

It's considered very safe. The MMR shot may give your child a fever or make him irritable for about 24 hours; this may often occur seven to 10 days after receiving the vaccine. Redness at the injection site is also common. But allergic reactions to the vaccine occur in less than one in 100,000 injections (health care providers must report allergic reactions to the Food and Drug Administration). If your child is severely allergic to gelatin, the antibiotic neomycin, or has a severe immune disorder like AIDS, he shouldn't get the vaccine. (Pregnant women shouldn't get it either.)

Some parents worried about the vaccine's safety after a since-discredited 1998 study in The Lancet linked it to a higher risk of autism in children. The medical journal retracted the study in 2010, after Britain's General Medical Council determined the author, Dr. Andrew Wakefield, falsified data and acted unethically while conducting the research. Medical consensus is that there is no link at all between the vaccine and autism.

If complications from mumps are so rare, why does my child need the vaccine?

Although most children get over the mumps without any problem, the disease can be severe or cause long-term complications. While it occurs in less than 10 percent of cases, patients can develop full-blown meningitis, and irreversible hearing loss can occur if the auditory nerve is affected. If a boy develops inflammation of both testes, he may become sterile for life. Before the vaccine so many children had mumps that hundreds of these complications occurred each year.

America’s Teen Athletes Are Bouncing Back After Pandemic Lows