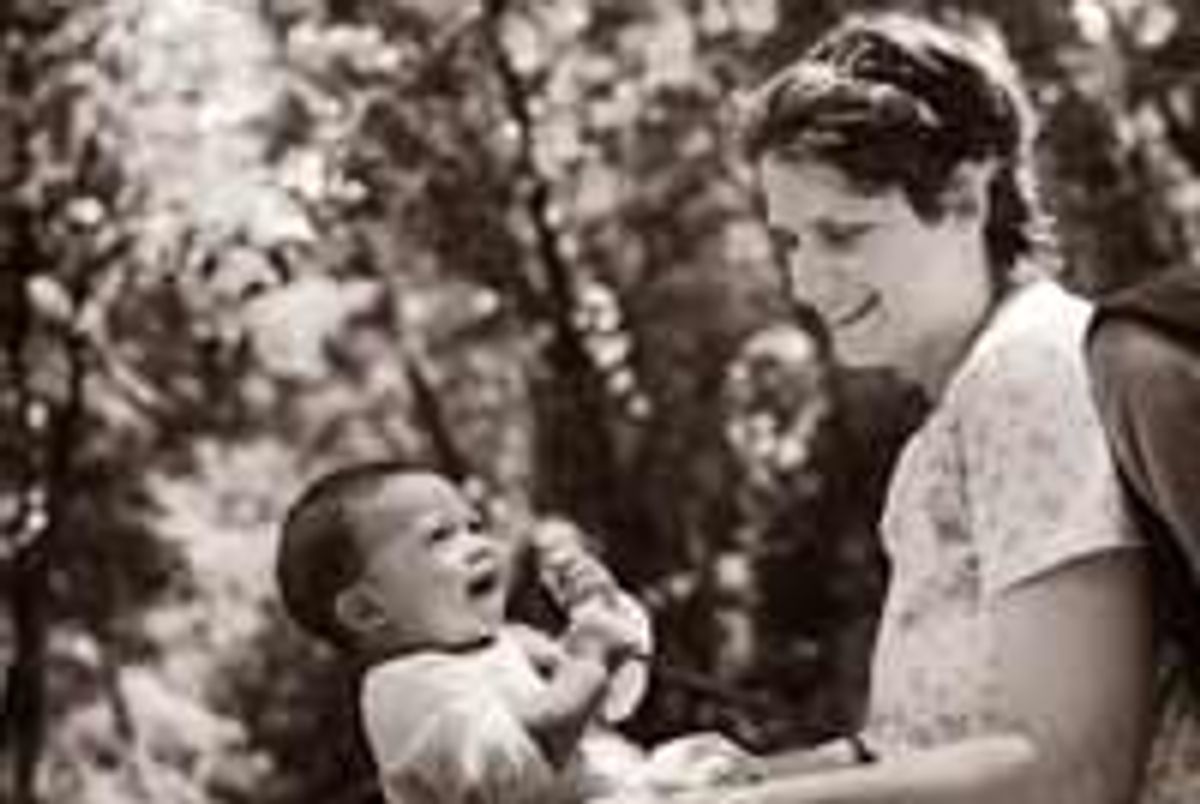 It's not easy being a toddler. One moment your child feels as if he's king of the world; the next he's crying in rage and hurling a toy across the room.

Like many parents, you may find it hard to cope with your toddler's outbursts of anger and frustration. But these times actually provide the best opportunities to teach a young child how to manage strong feelings and calm himself down. By helping him do so, says psychologist John Gottman, a professor of psychology at the University of Washington, you'll be teaching him the "emotional intelligence" he needs in order to have good relationships with adults and other children.

What is emotional intelligence?

A child with a high emotional IQ, explains Gottman, is better able to cope with his feelings, soothe himself, understand and relate well to other people, and form strong friendships than a child whose emotional intelligence is less well developed. He's also better equipped to control negative impulses, even when things aren't going his way. Experts now believe that such skills can be taught at an early age, when children are more flexible in their emotional growth.

Daniel Goleman, a psychologist and author of the book Emotional Intelligence, thinks the family is the first and best place to get these lessons across. Instead of trying to cajole away a child's anger or sadness, for instance, his parents can empathize with him and teach him how to handle turbulent feelings that may otherwise seem overwhelming.

How can I teach emotional intelligence?

In the book Raising an Emotionally Intelligent Child, Gottman and coauthor Joan DeClaire point out that such lessons begin as soon as a baby is born. Simply by responding to your baby when he cries, is hungry or wanting to be held, you show him he can elicit a reaction if he expresses his feelings. By doing what comes naturally -- talking and playing with your baby -- you teach him about communication, too. After your child is old enough to talk, say Gottman and DeClaire, start giving him "emotion coaching"-- lessons in analyzing his feelings and handling conflict. Here are the five steps they recommend:

Listening to your child doesn't mean solving his problem, dismissing it, or joking him out of a bad mood. Use examples from your own life to show him you understand what he's said. In writing about the toddler who's jealous because of his brother's birthday present, Gottman notes that the parent can describe a time in his own childhood when he was jealous of someone who got more gifts or attention. This tells the child that everyone has those feelings, and that they can be dealt with.

Help your child find words to express his emotions. Young children, especially toddlers and preschoolers, often have trouble describing what they feel. You can help your child develop an emotional vocabulary by giving him labels for his feelings. If he's mad, you might say, "You feel angry about that, don't you?" You can also let him know that it's natural to have conflicting emotions about something -- for instance, he may be both excited and scared during his first week at daycare.

Your child might also want to talk to you about why he's angry, draw pictures about what makes him angry, or act out the story of his "mads" with dolls or toys.

What kinds of things should I avoid when I'm trying to teach my child emotional intelligence?

Avoid behavior that you don't want your child to imitate. It's important not to be verbally harsh when you're angry. Try saying, "It upsets me when you do X," rather than "You make me crazy" or "You're a bad boy," so your child understands that the problem is his behavior, not him. Be careful to avoid excessive criticism, which tends to chip away at a child's self-confidence.

It's also important not to spank your child. Although spanking may temporarily stop certain kinds of behavior, studies shows it harms a child's sense of self-worth, imparts the idea that hitting is a way to solve problems and that "might makes right", and fails to teach self-control in the long run.

Should I try to hide negative feelings from my child?

No. Some parents ignore their own negative emotions, hoping to spare their children discomfort or difficulty. But hiding your real feelings will only confuse your child. By calmly acknowledging that you're upset, for instance, you show your child that even difficult feelings can be managed.

How do I do emotion coaching with a defiant toddler?

As very young children begin walking, they become more independent. The limits you impose on a toddler may sometimes make him frustrated and angry in his struggle toward autonomy. Although his vocabulary is still small, he's familiar with the words "no" and "mine," and asking him to share a toy or put on a jacket can set off a huge battle. Use conflicts like these to teach your child important lessons about sharing and cooperating. Show him how to take turns, and praise him anytime he makes an effort to share his things. When he's expecting visitors, let him choose a few special toys that will be off-limits to others, then put them away before the visitors arrive. Giving your child real but limited choices may help him develop a feeling of independence. Instead of telling him to put on his shoes, for example, you can ask him whether he wants to put on his sneakers or his sandals. Avoid clashes of will as much as you can. Rather than telling your toddler, "You can't play with that remote control," try diverting his attention to something else.

What's the best way to teach EQ when disciplining my toddler?

In disciplining small children, discipline expert William Sears, MD, advises parents to encourage their kids to talk about their feelings. Here are a few of his tips:

The Web site http://www.freespirit.com, is hosted by Free Spirit Publishing, a publisher of nonfiction self-help resources for kids, teachers, and parents. The site includes questions by kids and answers by experts about issues such as privacy, teasing, and dealing with bullies.

Your Brain Gets Tired, and Scientists Now Know Why