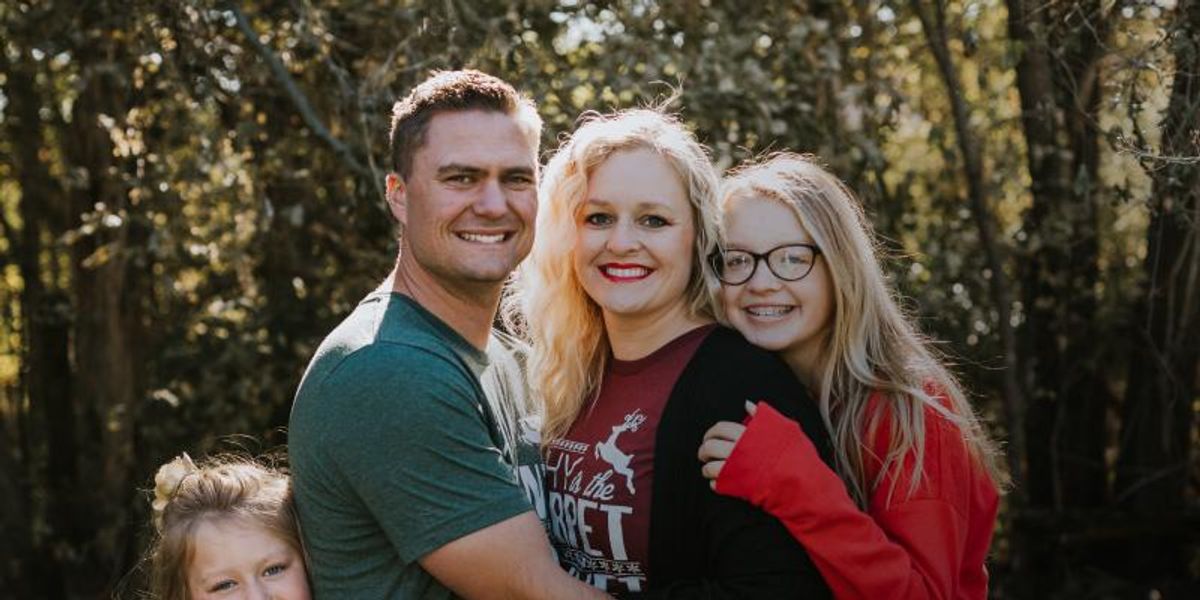 TUESDAY, March 22, 2022 (American Heart Association News) -- As a nurse practitioner who is passionate about helping patients make better lifestyle choices, Ashley Breaux admits she may be a bit more anxious about her own health than most people.

"I'm hypervigilant," she said, noting she has always eaten a healthy diet, exercised up to five days a week and kept an eye on her cholesterol and blood pressure.

So when her chest started to hurt two years ago, Breaux – then 34 – was mystified and concerned. She and her partner, Brandon Purtle, were entertaining relatives at their home in Kansas City, Missouri, during the holidays when, after wrestling with her young nephew, her chest began hurting so much she had to stop and sit down.

Attributing it to the big holiday feast, she took an over-the-counter heartburn medication. It seemed to help – at least temporarily. When she helped her in-laws take their things out to the car, the pain started again.

If it wasn't the food, maybe it was asthma, she reasoned, blaming the frigid sub-freezing temperature.

Yet the pain continued all day, especially when she walked up the stairs or exerted herself. The next day, she went to urgent care. The health care team there believed the pain was an aftereffect of a severe flu-like illness and pneumonia from which she had recently recovered.

"I didn't think it was respiratory, but I let it drop," she said.

For a few weeks, she took it easy and avoided the gym. When she returned, she felt a "searing" chest pain that radiated down her arm whenever her heart rate spiked above 160. "It was like the height of contractions when you're in labor," she said. "My body, chest and arm were on fire."

Breaux had begun to suspect there was something going on with her heart. For instance, she sometimes needed 10 minutes to recover simply from walking from her car into her house. However, her primary care doctor insisted the problem was coming from her lungs – specifically an inflammation of the membranes known as pleurisy.

"I accepted that something was wrong, but nobody else felt that way, so it made me question myself," Breaux said. "I felt crazy."

Eventually, Breaux's doctor relented and referred her to a cardiologist. An echocardiogram and an electrocardiogram revealed a blockage in Breaux's left anterior descending artery. Two days later, the cardiologist inserted a stent to restore blood flow to Breaux's heart.

Many people feel instant relief after such a procedure, but Breaux's pain continued over the following weeks and months, often accompanied by shortness of breath. While not quite as severe as it had been, it was still debilitating enough that she didn't have the wherewithal to return to her job as a nurse practitioner for eight weeks. "I had a sense of impending doom, like I was going to die," she said.

When she finally started back at work, the job felt all-consuming in a way she had never experienced. On her days off, she had no energy left for her children, even cutting short movie nights because of the pain.

"I felt a lot of guilt that I couldn't be active with my kids," she said.

Still not back to herself a year later, she sought the opinion of doctors at the Mayo Clinic in Rochester, Minnesota. The medical team there diagnosed her with pericarditis, an often-painful inflammation of the sac-like tissues surrounding the heart.

In addition, a specialized type of angiogram that looks for more difficult to diagnose conditions revealed Breaux had early-onset atherosclerosis, microvascular disease and endothelial dysfunction.

Genetic testing showed no unusual mutations that might cause heart disease in someone her age, but such testing is not conclusive, said Dr. Sharonne N. Hayes, a professor of cardiovascular medicine at Mayo Clinic's Women's Heart Clinic.

"This is a field that is rapidly progressing, and there can be mutations in that individual that we don't fully understand," she said. "The lesson here is to get a second opinion. The good news is, she's on an aggressive management program, particularly with statins, that makes it far less likely that this will progress in her lifetime."

Indeed, just six weeks after Breaux returned from her consultation at the Mayo Clinic, she began exercising again, including rowing, biking and weight-lifting. "I wouldn't say I'm back to baseline cardio, but just being able to work out routinely and not feel terrible during or after is amazing," she said.

Breaux wants other people, particularly women, to keep pushing for answers when they have a feeling that something isn't right. "It's important to be your own advocate," she said.

The ‘Oreo Test’ and Other Ways to Help Kids’ Oral Health