Stress and Child Abuse: The Past Hurts 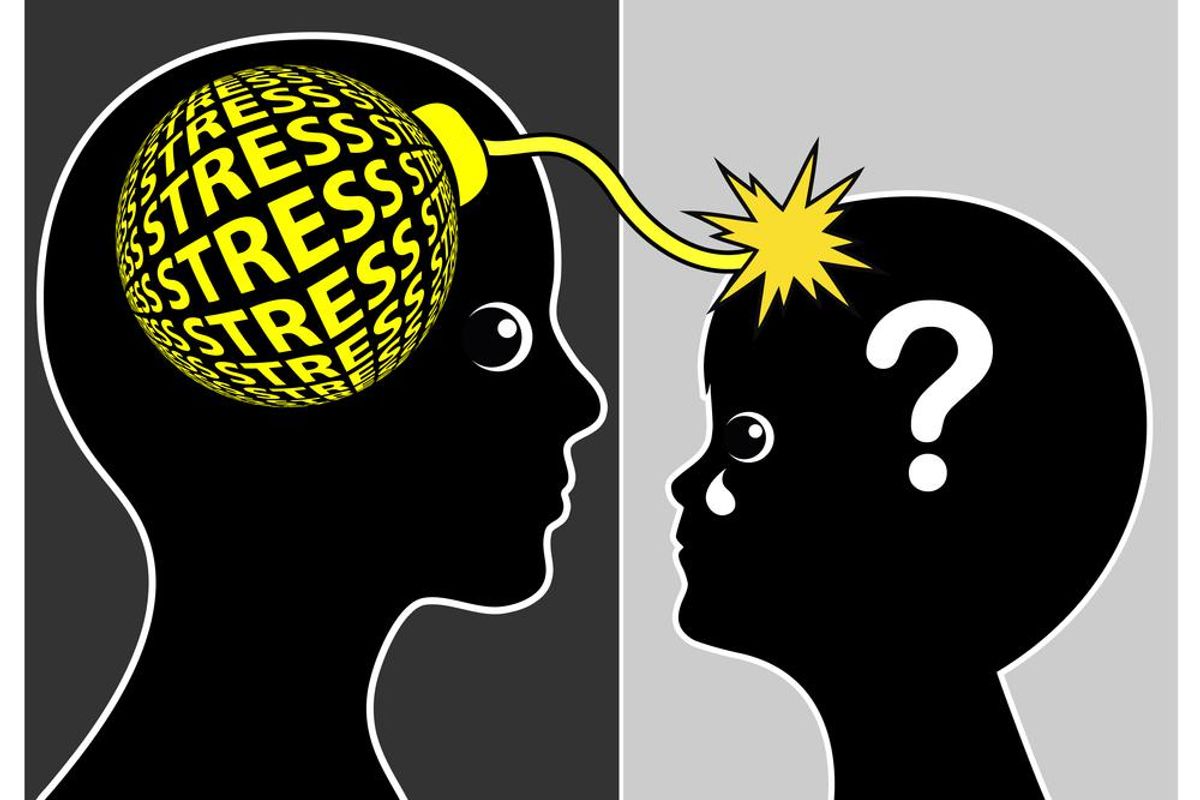 Child abuse casts a long shadow. A long-term study published in the Journal of Child Abuse and Neglect found that by age 21, up to 80 percent of child abuse survivors had developed a psychiatric illness, including depression and anxiety disorders.

In recent years, experts have discovered another disturbing consequence of childhood trauma: People who were abused or neglected as children also appear to be more vulnerable to a variety of serious physical illnesses. Drs. Vincent Felitti and Robert Anda of Kaiser Permanente led a study with the CDC as early as 1998 that showed children who were verbally or physically abused, were separated from their parents or had other severe adverse childhood experiences (ACEs) were more likely to suffer physical and mental ills across the lifespan, including cancer, heart disease, and depression.

As the National Clearinghouse on Child Abuse and Neglect later reported, abuse and neglect may also result in psychological problems that show up in high-risk behaviors, such as smoking, abusing alcohol, and overeating. This, in turn, may set the stage for diseases such as cancer and obesity, according to the report.

"The field [of mental health] is starting to realize that child abuse can have physical effects that last far beyond bumps and bruises," says Linda Luecken, PhD, an assistant professor of psychology at Arizona State University who has co-authored many studies on childhood trauma and stress.

Destructive in any form

Child abuse comes in many different forms: Some parents regularly hit or verbally abuse their children, some sexually abuse them, some withhold affection, and some neglect to provide basic care.

Whatever form it takes, mistreatment can actually change the hardwiring of a child's brain, Luecken says. Starting in infancy, children who don't get enough affection tend to produce large amounts of cortisol -- a hormone that indicates high levels of stress. Physical discipline can turn on this hormone, too, even in infants.

A little cortisol now and then is harmless, but too much over too many years may damage the heart, weaken the immune system, and generally wreak havoc on a child's physical and mental well-being. In the most severe cases, abused children may exhibit many of the signs of post traumatic stress disorder (PTSD).

As Luecken reported in Clinical Psychology Review, there's also growing evidence that people who were abused or neglected as children may be especially sensitive to stress. The stress of chronic abuse may change the hardwiring of certain parts of the brain so that even small amounts of stress trigger a "hyperarousal" response, which can result in hyperactivity, sleep disturbances, and anxiety, as well as increased susceptibility to hyperactivity, conduct disorders, and memory and learning problems. Its not unusual for adults abused as children to overreact to threats (both real and perceived), and to be especially slow to calm down.

This sensitivity to stress may increase the risk of a whole roster of stress-related diseases, including heart disease, cancer, and infectious diseases. In the Clinical Journal of Pain, Luecken and colleagues reported that people with a history of child abuse are also especially likely to suffer from chronic pain, another problem that may be related to stress.

For teens and adults who were abused as children, physical problems and emotional problems are closely interwoven, Luecken says. Survivors of abuse may suffer from depression and low self-esteem, two conditions that can encourage risky behavior. A study of men in the Philadelphia area published in the Annals of Internal Medicine found that those who were abused as children were five times more likely to have injected illegal drugs. As teenagers, they became sexually active a full year earlier than other boys. Such behaviors may in turn lead to problems such as sexually transmitted diseases or addiction.

The good news is that children can be incredibly resilient. Intelligence, optimism, creativity, humor, self-esteem, and independence can all help abuse victims survive and even thrive as they recover. Even children who get the worst possible start in life may develop a healthy outlook if they eventually receive support and affection later on. "There are children who have been horribly abused in foreign orphanages who made remarkable recoveries after being adopted," Luecken says.

Kids don't need to have an idyllic childhood or perfect parents to have a healthy future, but they do need enough emotional support to keep them from feeling scared and alone. "I'm convinced that one strong bond with a caring adult is enough. That single bond --whether it's with a parent, grandparent, or a foster care provider -- can protect a child from stress by making him feel safe and valued," Luecken says.

Research from Tufts University and elsewhere has also found that other positive childhood experiences (PCEs) -- from being on a sports team and having the support of close friends and family to being involved in the community -- can help mitigate and even reverse the impact of ACEs.

Adults who were abused as children can also take steps to protect themselves from the effects of stress. Professional counseling can help change their attitudes about themselves and the world around them. A balanced diet, regular exercise, and quality medical care can help make up for all sorts of stress-related harm, Luecken says.

Luecken and other researchers are working to understand why child abuse takes such a heavy toll on physical health. The answers could help adult survivors find a way to stay healthy and strong despite the suffering in their past. And for all those children who suffer abuse or neglect every year, such research could lead to a better future.

Davis, et al. Are reports of childhood abuse related to the experience of chronic pain in adulthood? A meta-analytic review of the literature. Clinical Journal of Pain. 21(5): 398-405.

US Department of Health and Human Services, Administration for Children and Families. Child Maltreatment.