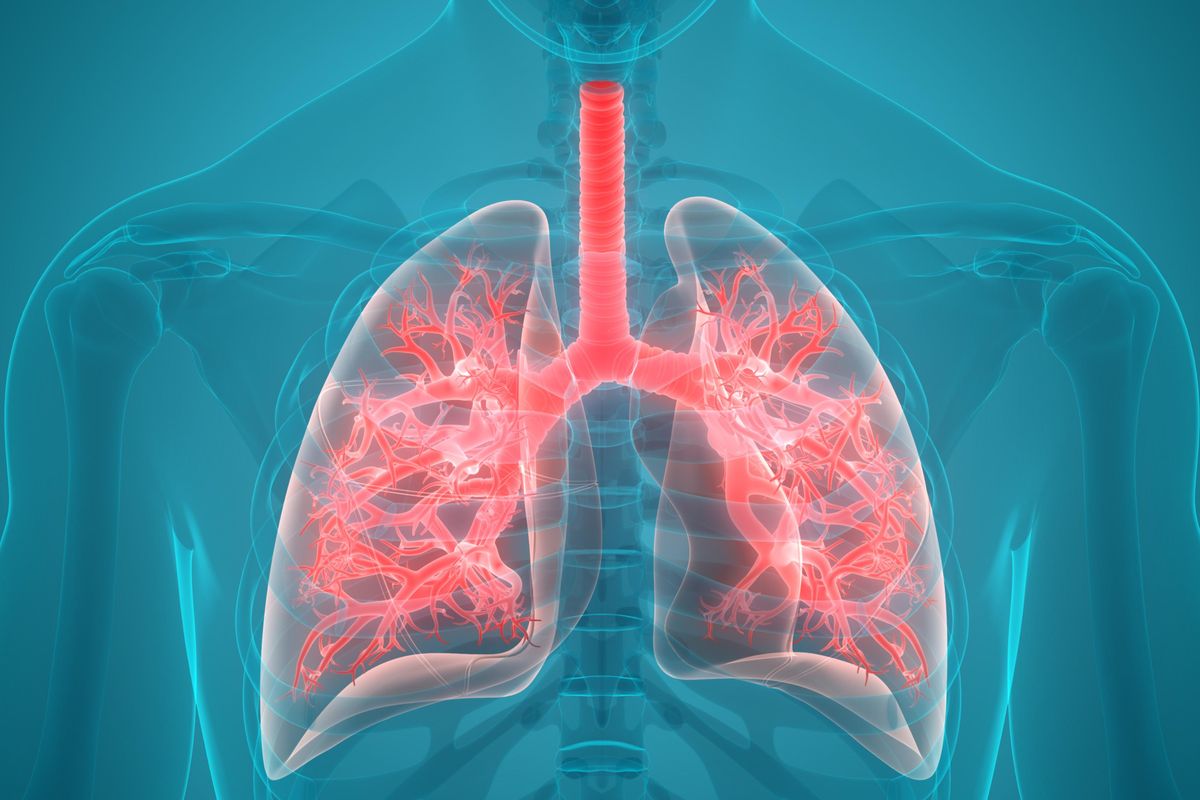 THURSDAY, June 23, 2022 (HealthDay News) -- A score has been developed to stratify the risk for subclinical rheumatoid arthritis-associated interstitial lung disease (RA-ILD), according to a study published online May 18 in Arthritis & Rheumatology.

Juge Pierre-Antoine, M.D., Ph.D., from the Université de Paris, and colleagues developed and validated a risk score for subclinical RA-ILD in a discovery and replication population of patients without pulmonary symptoms from two prospective RA cohorts (ESPOIR and TRANSLATE2) who underwent chest high-resolution computed tomography scans. All of the patients underwent genotyping for MUC5B rs35705950. The discovery population included 163 patients, and the replication population included 89 patients.

The researchers found that the prevalence of subclinical RA-ILD was 19.0 percent in the discovery population and 16.9 percent in the replication population. Independent risk factors for subclinical RA-ILD in the discovery population included the MUC5B rs35705950 T risk allele, male sex, older age at RA onset, and increased mean Disease Activity Score-28 for RA with erythrocyte sedimentation rate (odds ratios, 3.74, 3.93, 1.10 for each year, and 2.03 for each unit, respectively). A derived risk score was developed and validated, with an area under the receiver operating characteristic curve of 0.82 and 0.78, respectively, in the discovery and replication populations. Lower goodness of fit was provided with exclusion of MUC5B rs35705950 from the model.

"The performance of the model with MUC5B rs35705950 was found to be better when compared to the model without, suggesting an important contribution of the genetic variant to the overall risk for subclinical RA-ILD," the authors write.

Abstract/Full Text (subscription or payment may be required)

How can I tell if my child has a stuttering problem?Everybody has trouble...