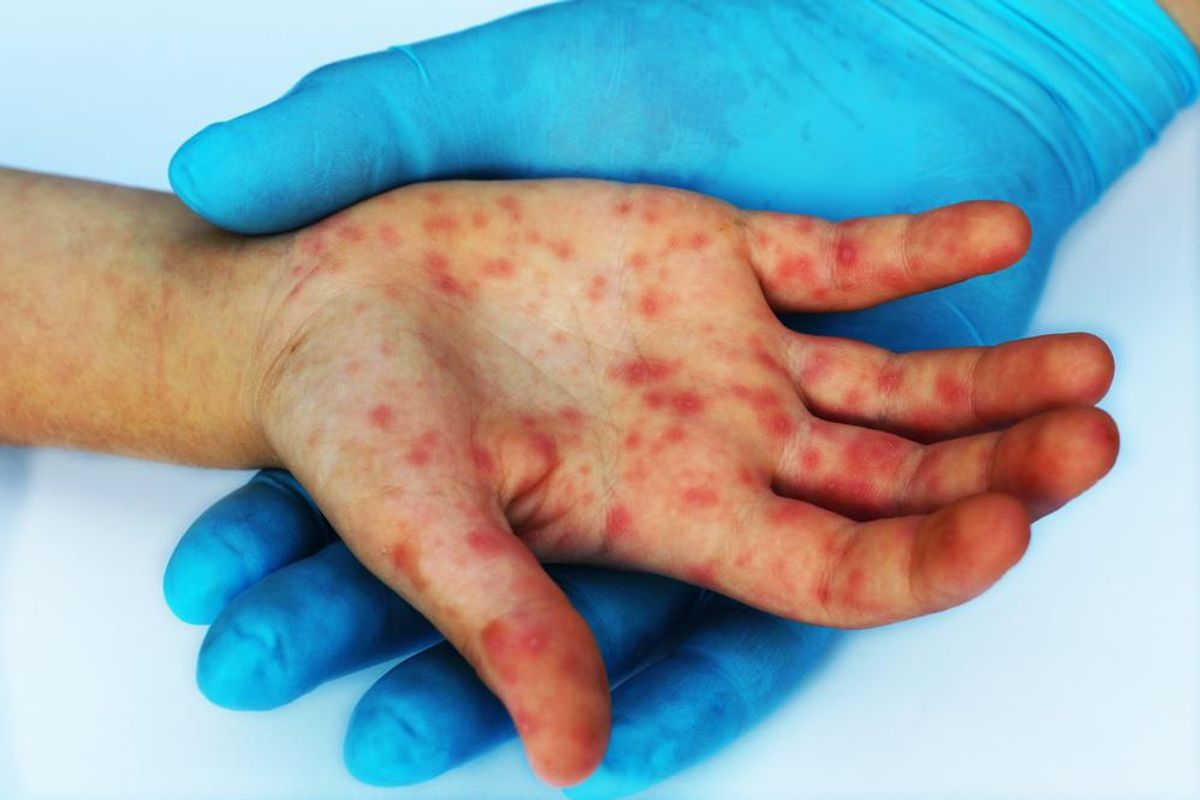 It's a rash that shows up in about 5 percent of people vaccinated for measles (rubeola). The rash looks a bit like the one caused by the disease itself: red dots on the chest and neck. These may occasionally become raised bumps and in rare cases may spread to the rest of your child's body. The rash usually appears about 10 days after your child was vaccinated, but sometimes shows up as early as the third or as late as the 28th day. It may be accompanied by mild fever. Since the vaccine is usually given in combination with the vaccines for mumps and rubella (German measles) in a mixture known as MMR, it can cause mild symptoms of mumps and rubella as well: swelling in the glands under the ears or a salmon-colored rash.

The rash is a reaction to the vaccine, which contains live, but weakened viruses. No one knows why some children get the rash and others don't. There's no treatment. The vaccine rash is completely harmless and it's not contagious. It'll fade away within a few days. If your child has a fever, acetaminophen can soothe it.

If a rash appears immediately or within four to eight hours after the measles shot, contact a doctor right away; your child could be experiencing a severe allergic reaction.

Since the combination of rash and fever can occur in a number of different diseases or infections, call your pediatrician if your child has this combination, if the rash spots are tiny or dark red, if the spots don't blanch (turn white) when you apply pressure to them, or if he looks unusually ill.

If your child develops other symptoms of an allergic reaction, including difficulty breathing, swelling of the lips, and extreme weakness, call 911: These could be signs of anaphylactic shock, a life-threatening condition. These types of reactions to the vaccine are exceedingly rare, but require immediate medical attention.