Berry Good for You: Some Foods Can Strengthen Your Brain 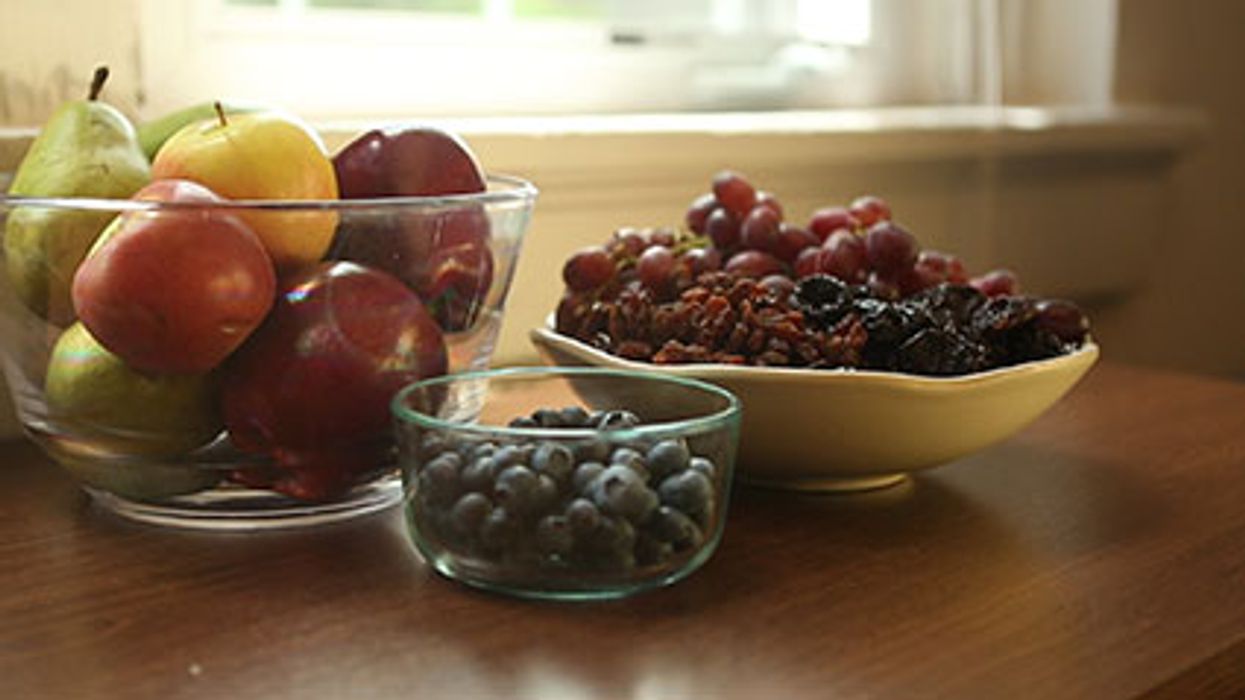 In a study of more than 900 adults, researchers found that foods like these -- containing antioxidant flavonols -- delivered brain benefits to older adults. Flavonols are found in fruits like berries, green leafy vegetables, tea and wine.

For example, people who ate a serving of leafy green vegetables a day slowed their rate of cognitive decline by about 32%, compared with people who didn't eat any foods with flavonols, said lead researcher Dr. Thomas Holland, an instructor of internal medicine at Rush University Medical Center in Chicago.

"Flavonols are both anti-inflammatories and antioxidants," he said. "These foods that contain flavonols destroy free radicals and prevent cell damage. They prevent cell damage in the brain as well as in other organs, such as the heart and vascular system, kidneys, liver, etc."

Holland isn't keen on getting flavonols from supplements. He believes the best way to stock up on flavonols is through diet.

"You're going to get a higher diversity of nutrients from foodstuffs," he said. "I like to maintain supplements as exactly that, supplements. They should supplement a healthy diet."

For the study, Holland's team collected data on 961 adults, average age 81, who did not have dementia. Over an average of seven years, participants completed yearly questionnaires about their diet and took cognitive and memory tests. The tests involved remembering lists of words, recalling numbers and putting them in the correct order.

Holland cautioned that the study shows an association between higher amounts of flavonols and slower cognitive decline but cannot prove a direct cause-and-effect relationship. Also, people's recollections of what they ate might not have been completely accurate.

The researchers found that people who ate the most flavonols, about 15 mg a day (equivalent to about 1 cup of dark leafy greens), had slower memory decline, compared with those who consumed the least, about 5 mg a day. This association remained after taking into account age, sex and smoking.

Flavonoids are just one family of over 5,000 compounds found in plants. "Included in this family are a subgroup called flavonols," she noted.

This study focused on the flavonol content in people's diets and its relationship with cognitive health, but we do not sit down and have a plate of flavonols for breakfast, said Heller, who had no role in the study.

"We eat foods that contain an array of phytonutrients [healthy plant compounds], such as fiber, vitamins, minerals and plant chemicals, such as flavonols. These phytonutrients work together synergistically, as a team, and this is what boosts the health benefits we derive by eating them," she said.

These elements interact with each other in many biological processes -- for example, reducing inflammation, supporting the immune system, protecting and repairing cells, and reducing oxidative stress, Heller said.

She stressed that one element in the diet is probably not a magic path to a long and healthy life.

"Perhaps the people in this study who ate a more plant-based diet saw the greatest cognitive benefits, but this was not assessed. Research suggests that shifting to eating more legumes, vegetables, fruits, nuts and whole grains helps us live longer, healthier lives," Heller said.

Holland agreed that flavonols alone aren't going to keep mental decline at bay. The best path to maintaining physical and mental health, he said, includes a healthy lifestyle complete with a diverse diet of fruits and vegetables, physical activity and cognitive training -- challenging yourself each day with learning something new.

"Also, sleep and stress reduction are all collectively going to be beneficial for overall health," Holland said. "It's never too early or too late to start making healthy changes."

The report was published online Nov. 22 in the journal Neurology.

For more on flavonols, see the American Heart Association.