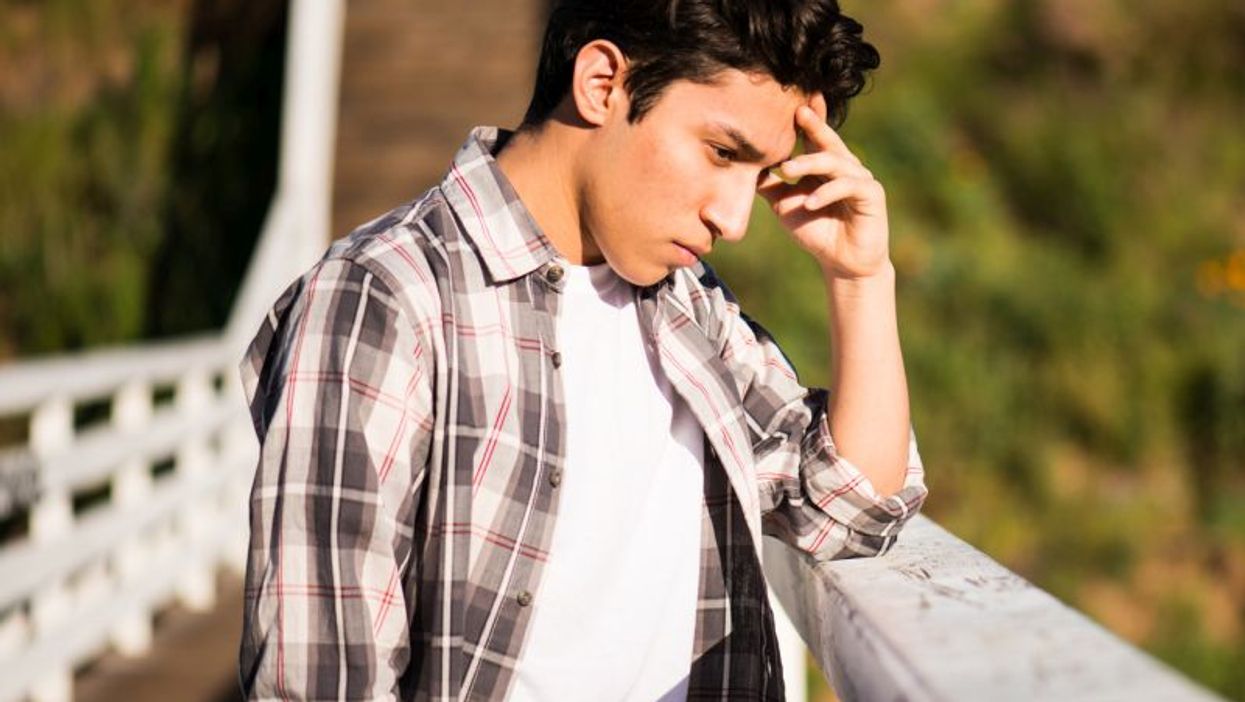 That's the conclusion of a new study that looked at what happened in U.S. states that enacted hate crime laws with protections for lesbian, gay, bisexual, transgender and questioning individuals. It found that teen suicide attempts dipped by an average 16%, compared to rates before the laws.

And the positive effect was seen among both LGBTQ and heterosexual teens.

Why? The study cannot answer that, said researcher Aaron Kivisto, an associate professor of clinical psychology at the University of Indianapolis.

But, he said, passage of a hate crime law and the public conversation around it may send broad messages that affect young people's mental well-being.

"It can convey a message of support," Kivisto said. "It can set a tone that affects whether people feel they belong in their community."

That point was echoed by Brian Mustanski, director of the Institute for Sexual and Gender Minority Health and Wellbeing at Northwestern University in Chicago.

"If we think about why states pass hate crime laws, it's because these crimes have effects felt beyond the people directly involved," said Mustanski, who was not involved in the study. "They're an act of terrorism on a community."

So it makes sense, according to Mustanski, that hate crime legislation could have a broader positive impact, too.

"It's a statement that's felt by members of the community," he said.

The findings come at a time of rising concern about teen mental health.

In a recent survey by the U.S. Centers for Disease Control and Prevention, more than one-third of U.S. high school students said they'd suffered poor mental health during the COVID pandemic. Most worrisome, nearly 20% said they'd seriously considered suicide, and 9% had attempted it.

And LGBTQ students were at particular risk, reporting higher rates of poor mental health, emotional abuse from a parent, and attempted suicide than their peers.

That pattern is not new. It has long been recognized that sexual-minority kids have a higher risk of suicidal behavior than their heterosexual peers -- due to factors such as bullying, abuse and stigmatization.

That's not to say LGBTQ kids are destined for poor mental health, Mustanski stressed. Most do well, he said, especially when they have family, friends and, at older ages, romantic partners who support them.

But, Mustanski said, the added risk of suicide needs to be addressed.

There are some proven ways to help. According to Kivisto's team, studies show that students in school districts with strong anti-bullying policies are less likely to attempt suicide.

But whether government policies, like hate crime laws, have an impact has been less clear.

For their study, Kivisto's team looked at responses from more than 679,000 U.S. high school students who took part in a federal health survey between 1991 and 2018. Just under 9% said they'd attempted suicide in the past year, with rates among LGBTQ kids being three to four times higher than those of heterosexual teens.

The students were from 27 U.S. states. During the study period, 11 adopted a hate crime law with protections for LGBTQ individuals. Of the remaining 16 states, most passed general hate crime laws that did not name sexual minorities as a protected group, while three had no hate crime laws.

Overall, the study found, teen suicide attempts declined in states that passed laws with LGBTQ protections -- by an average of 16%. There were no changes in states with general hate crime laws.

But while LGBTQ protections mattered, the reduction in suicide attempts was not limited to those kids, the study found.

That's not surprising, both Kivisto and Mustanski said. The phenomenon of "social spillover" has been seen before -- where efforts aimed at a disadvantaged group have wider benefits, too.

"We know that when schools have strong anti-bullying policies, for example, all kids do better," Mustanski said.

No one is saying that hate crime laws are the single solution to teen suicide. "We need to do a whole lot of things," Kivisto pointed out.

"Parental support is one of the most protective factors," Mustanski said.

The findings were published June 23 in the journal Psychology, Public Policy, and Law.

The American Federation for Suicide Prevention has more on LGBTQ mental health.

Cloth Masks Don’t Cut It for Keeping COVID Away

How to Sleep Better During the Pandemic

Some Republicans Calling for ‘Natural Immunity’ Exception to COVID Vaccines